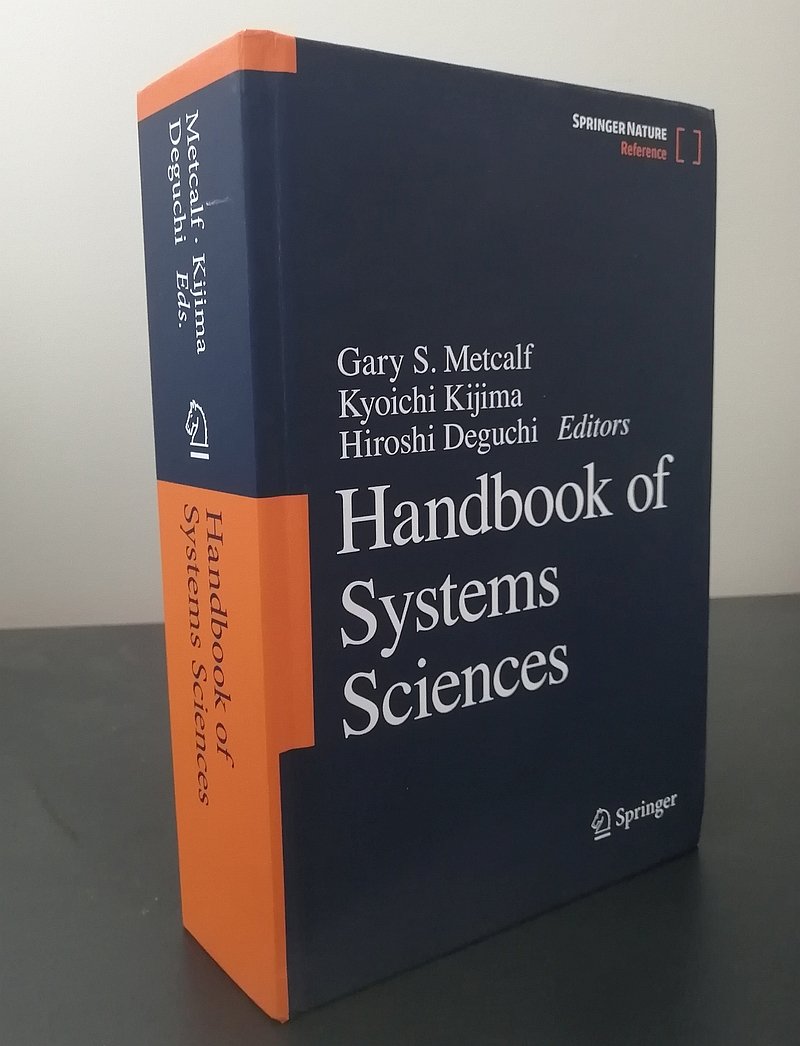 A Massive Tome – Too Big for Home?

The Springer Handbook of Systems Sciences, at nearly 1500 pages, isn’t the desk reference for everybody. Today the major science publishing platforms provide references and edited books as independent, searchable chapters, so a web search should find most of these. The Handbook has 9 sections and 49 chapters, ranging from systemic design.

The Handbook included mainly what I would call second and third generation systems science. The volume is co-edited by two past-presidents of ISSS, and maybe 7 others wrote chapters, as well as Michael Lissack, recent president of ASC. Unlike an Encyclopedia, the Handbook did not aim to index the field or update the popular topics in systems thinking. These are largely works from 21st century systems theory, relevant to applied research and practice.

My section “Design of Systems” included four chapters (we tried to get more) representing contributions with significant crossover between systems science and application domains. These include:

Gary Metcalf led the project from its inception in 2018, with the esteemed Professor Jim Kijima, the series editor of the Springer Translational Systems Sciences. This was an audacious effort, just due to the sheer logistics of coordinating 50 or more contributions for a general field reference, an attempt to document the corpus of contemporary systems science, to trace the recent developments of the field.