In several short years, many leaders and institutions now openly acknowledge the necessity for inclusive social transformation. We also now find stakeholders raising the concern that social change must be driven by participatory and democratic processes. We recognize the fact that our third millennium world needs new methodologies and new tools capable of harnessing the collective wisdom of people from all walks of life in order to protect its sustainability and foster up harmony into its evolution. The practice of Structured Dialogic Design is positioned as a powerful tool in this context.

A group of nearly 30 practitioners and scholars met in Limassol Cyprus for May’s international meeting not to revisit the history of the past 40+ years but to “create the history of the future.” The community of scientists and practitioners of the science of dialogic design has now expanded to include people from all parts of the world and a variety of languages and cultures. A dedicated community of scientists, students and practice leaders gathered for a week to deliberate on how to evolve SDD and retain its scientific credibility together with its cultural sensitivity.

As Yiannis Laouris states: “No claim is being made about the superiority of Structured Dialogic Design, even though there is substantial empirical evidence, from more than 1,000 applications in the arena, to this effect when dealing with the management of complexity.” 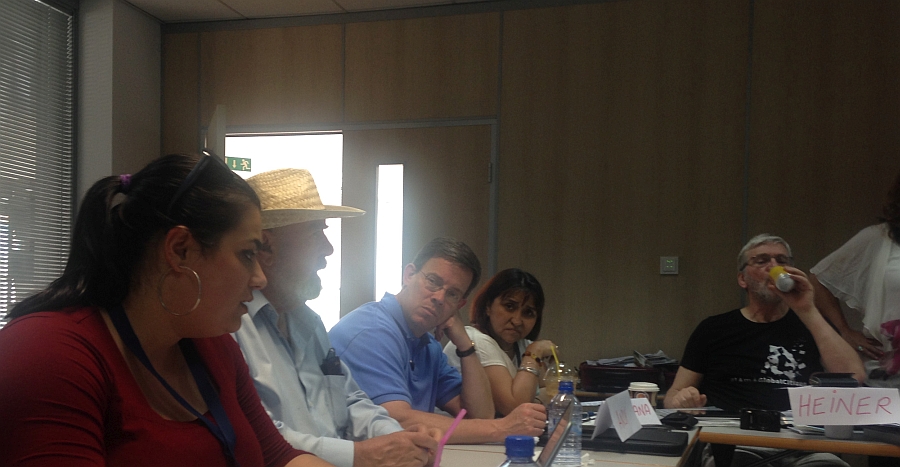 Laouris and Christakis have emphasized for many years the critical importance of performance in the Arena, of citizen and stakeholder-level action resulting in sustainable, persistent outcomes. All evaluation of quality and effectiveness must be tested by its effects in real discourses and decisions. The Symposium was a necessary, all too rare meeting of the College, the community of practice and scholars.  However, immediately after the week-long meeting, a significance team stayed in Cyprus to plan and deliver five (5) back-to-back Colaboratories. That’s commitment to the Arena.

In my view of the modes and outcomes of practice, I can identify four contexts of Dialogic Design engagements:

The included presentation was on the relationship of design and design principles to systems practice and SDD.

SDD offers a significant, developed theory base and unlike most systems methods, it is a validated and published method. Yet SDD was never developed as an integrated design methodology, it was formulated from the beginning as a powerful systems approach for multi-stakeholder deliberation and strategic decisionmaking in complex and high-risk domains. What would it take to reconfigure SDD as a design-led multi-stage process for collaborative foresight for social systems planning and design?

We might start by integrating design and research methods from underrepresented creative and social science disciplines, including strategic foresight, participatory action research, organizational design, and developmental evaluation. The pre-Definition and execution phases in particular can be considerably enhanced. Both the Discovery (preceding SDD co-labs) and Action Planning (following co-labs) have significant potential for mixed-method design processes. Today we typically customize a research and facilitation strategy for a client, but do not always measure or compare outcomes or publish findings.  The Cyprus symposium provided a venue for practitioners to share the magic of approaches learned in the Arena.